I’ve written before on some of the differences in MP3s vs WAVs, specifically how MP3s seem to invoke more negativity than WAVs in a blind test. I don’t know about you, but I thought those results were interesting and weird. So, I thought it made sense to kind of zoom out and try and get a bigger picture of this phenomenon.

A logical first step was to ask “Can people even hear the difference between WAVs and MP3s in their day-to-day life? If so, in what circumstances?” As the title implies, people generally can’t tell in most circumstances but once they do, it is a very pronounced shift.

I made an online experiment, asking people to listen to 16 different pairs of song segments and select the one they thought sounded better. There were 4 levels of MP3 compression: 320k, 192k, 128k, and 64k.

‘Why those levels of compression?’ you might be wondering. Amazon and Tidal deliver at 320k, Spotify premium does 192k, YouTube does 128k, and Pandora’s free streaming is 64k.

For each pair, one version of the segment was a WAV and the other was an MP3. (See below for more detail.) I also asked basic demographic information and how they usually listen to music and how they were listening to the experiment. For example, a lot of people use Spotify regularly for music listening on their phones, and a lot of people used their phones to do the experiment. Doing the experiment gave up a lot of control over how and where people listened, but the goal was to capture a realistic listening environment.

I selected songs that are generally considered to be good recordings capable of offering a kind of audiophile experience. Also, I tried to choose “brighter” sounding recordings because they are particularly susceptible to MP3 artifacts. The thought behind this was to maximize the chance for identification of sonic differences, because I was doubtful there would be any difference until a very high level of compression.

I also split the songs into eras: Pre and Post MP3. I thought that maybe music production techniques might change to accommodate the MP3 medium, and maybe MP3s would be easier to detect in recordings that were not conceived for the medium.

I had a total of 17 participants complete the experiment (and 1 more do part of the listening task) and a whole lot of bogus entries by bots…. sigh. Here’s some info on the real humans that did the experiment: 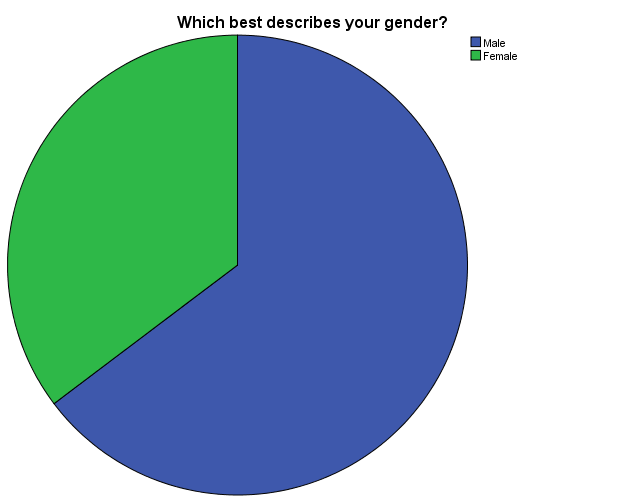 Note: options with 0 responses are not shown 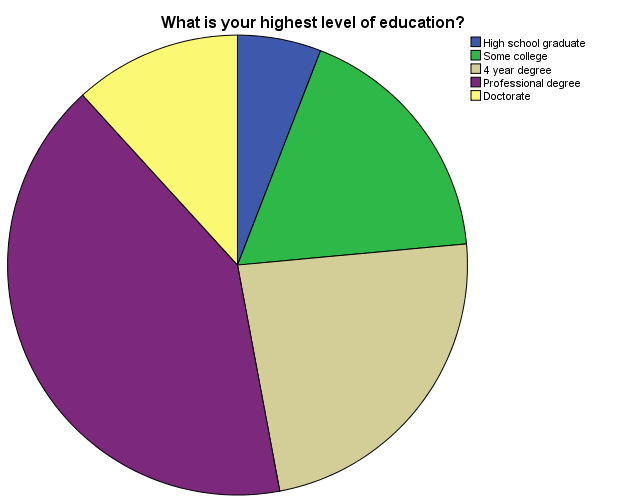 “Which best describes your favorite way to listen to music that you have regular access to?” was the full question. I didn’t want everyone to think back to that one time they heard a really nice stereo! 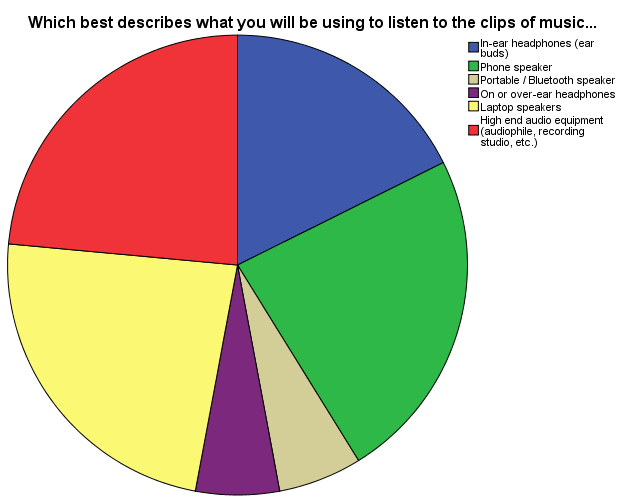 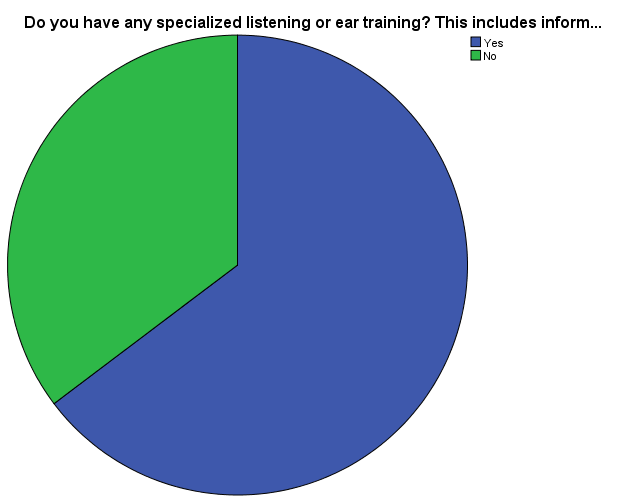 “This includes informal or self-taught training. Examples of this include – but are not limited to – musicians, audio engineers, and audiophiles.”

Unfortunately, the sample size wasn’t big enough to do any interesting statistical analyses with this demographic info, but it’s still informative to help understand who created this data set.

Participants reliably (meaning, a statistically significant binomial test) selected WAVs as higher fidelity when the MP3s were 64k. Other than that, there was no statistical difference.

When I first looked at the Pre/Post MP3 comparison, I was flummoxed. There is a statistical difference in the Post MP3 category… favoring WAVs. 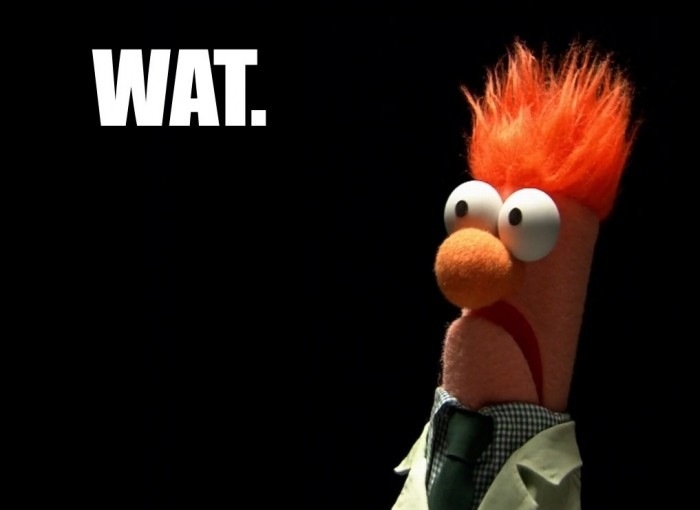 That’s pretty counter-intuitive. That would be like finding that people preferred listening to the Beatles on CD instead of vinyl. It just doesn’t make sense. Why would recordings sound worse in the new hip medium that everyone’s using?

They don’t. My categorization was clumsy. So, yes, I selected 8 songs that were recorded after MP3s were invented, but what I didn’t consider is that the MP3 was not a cultural force until about a decade later, and not a force in the music industry until later than that even. So I went back and looked at just the Post MP3 category and split it again. Figuring out when the MP3 because a major force in the recording industry was a rabbit hole I didn’t want to go down, so I used a proxy: Jonathan Sterne, a scholar who looks at recording technology, published an article in 2006 discussing the MP3 as a cultural artifact. And luckily enough, using 2006 ended up being fruitful because of my 8 songs in the Post MP3 category, none were released on or even near 2006. I had 5 released before and 3 released after, and when I analyzed those groups, there was a strong preference for WAV in the older recordings but not in the newest recordings. This suggests that yes, recordings, after a certain date, are generally recorded to sound just as good as MP3s of a certain quality or WAVs. Here’s the analysis: 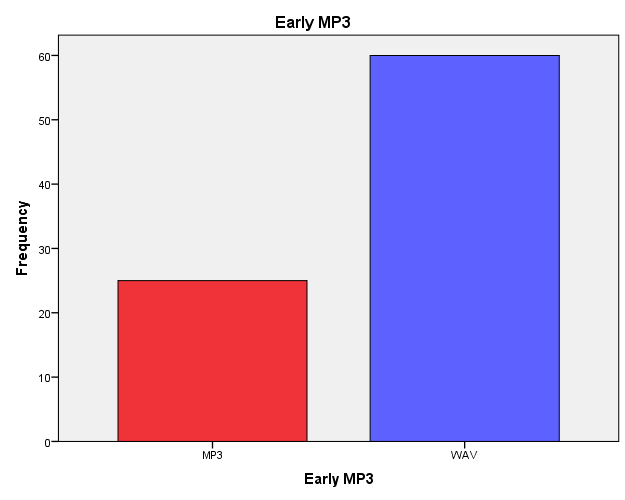 So, to sum up: the debate between WAV and MP3 doesn’t matter in terms of identifying fidelity differences in real world situations for these participants UNTIL the compression levels are extreme. And, recordings designed for CDs and not MP3s sound better on CDs than MP3s, but it doesn’t matter for older recordings. If I had to guess it could be because some of the limitations of the vinyl medium are similar to MP3 (gasp! Heresy!) and so recordings designed for vinyl work kinda well as MP3s, too.