This summer I had the opportunity to spend a couple weeks in Japan for a conference and vacation. While there, I met up with my uncle who is presently living in Korea. My uncle is a pretty cool dude: an avid cyclist, musician, and long time veteran of the music industry.

The view from the AirBnB is pretty OK. Beautiful city.

Over some mind-bogglingly good sushi, my uncle posed this question to me: “Who recorded the first power ballad?”

We both agreed that Elton John (and Bernie Taupin) wrote a prime example of the power ballad: Don’t Let The Sun Go Down On Me. It has all the qualities we decided to be crucial to the power ballad:

The power ballad isn’t a happy song. It’s about loss or lack. It’s sincere and brutally emotionally honest without being overly intellectualized.  There’s a sense of anger, but it’s buried under the sing-song melody. In short: it’s a highly relatable song that invites everyone to sing along and feel with and through it. That’s the definition we put together for the power ballad.

It turns out a scholar by the name of Charles Aaron has a slightly different take on it. From wikipedia (I know, I know, but I don’t want to link to a paywall):

According to Charles Aaron, power ballads came into existence in the early 1970s, when rock stars attempted to convey profound messages to audiences.[14]

Aaron argues that the power ballad broke into the mainstream of American consciousness in 1976 as FM radio gave a new lease of life to earlier songs such as Led Zeppelin‘s “Stairway to Heaven” (1971), Aerosmith‘s “Dream On” (1973), and Lynyrd Skynyrd‘s “Free Bird” (1974).[14]

A journalist named Pierre Peronne has argued that The Carpenters’ created the power ballad with “Goodbye To Love,” which was released in 1972.

It’s hard to believe that the power ballad began in 1972. (I’m not buying it that Stairway is a power ballad – it’s a 3rd person-perspective story, and it’s awfully goofy.) Even then, the Carpenters don’t exactly push it hard enough to have that driven sound. It might be a little too pretty. That’s hardly a crime, but it might disqualify it from being a power ballad.

So where does that leave us? What examples are there of popular western music pre-1974 that fit the requirements laid out above? Let’s explore a few options.

People often forget that they’re an early example of women in rock bands. Maureen Tucker is a highly influential drummer with a unique style.

This is a B-side off of the Velvet Underground’s album Loaded. It’s got the tempo, the longing, the sincerity, the sing-along chorus… nearly everything! Is that it? Do we have a winner? No, of course not. That would be anti-climactic. Aside from the fact that you can guess that this list is longer than one entry, the biggest problem facing this song is that it wasn’t popular. Loaded never charted.

During their existence, the Velvet Underground didn’t sell many albums or attain much commercial success of any kind. I mean, I guess they are one of the founding voices in alt rock, punk, and so much more… but not popular. C’est la vie. At least everyone that bought an album started a band. 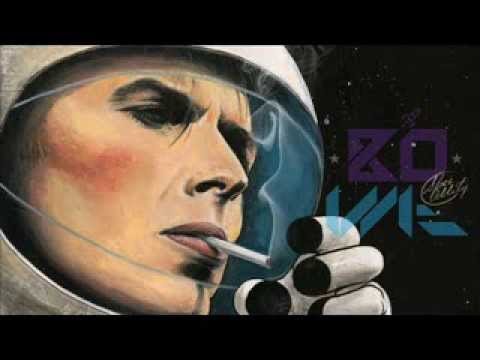 Smoking in a helmet seems like a bad idea, Major Tom.

I’ve made no secret about my Bowie fandom, so it shouldn’t be a surprise that he’s on this list. Not only is Space Oddity an earlier example than the Velvet Underground’s entry on this list, it was even popular! But again, there are problems. Despite the fact that this is an emotive and compelling song that invites the listener to sing along, and speaks to fundamental human emotions such as loneliness and disconnect; it is still a bit abstract and intellectualized. That and it’s missing a big structural feature of the power ballad: the sing-along chorus. 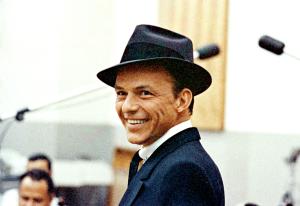 “There’s no way anyone will ever make these hats uncool.”

Sinatra is certainly outside of the rock tradition, but his popularity speaks for itself. And this song has it all: the big chorus, the emotion, the drive, the passion, the quiet rage… I can’t find a single flaw with it. “My Way” is undeniably a power ballad, even if the instrumentation is a bit different than other entries on this list. But is it the first? 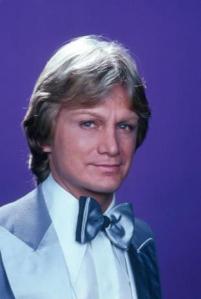 François flipped out when he first saw Dumb & Dumber, claiming they copped his style.

Well, if “My Way” is a power ballad, would the French song it’s based on be a power ballad also? François doesn’t quite have the same gravitas to his voice as Sinatra, but it’s all still there. In fact, this version pushes even harder than Sinatra’s version to get the power. I’d be willing to say yes, yes it is a power ballad. It’s got it all! 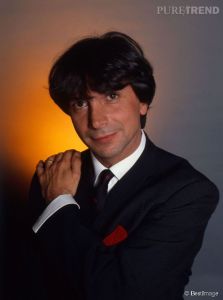 “Ouch, shoulder pain got you down?” Vilard seen here in his failed Icy Hot ad campaign.

Turns out François wasn’t the first person to record this song. In fact, François recorded his own version after being displeased with the original recording by Vilard. So does Vilard’s version stand up to scrutiny? Well, it’s hard to say. I can’t find a copy of it. Vilard did release a recording of the song, but not until 1984. Given the criterion, there’s no need to speculate the qualities of the 1967 version since it wasn’t popular (or even released?).

Look at these nice young men. So clean cut, and a good influence on our youth!

This is a pretty close call with “God Only Knows.” It has the sing-able melody. It’s sincere and profound. It’s beautiful. It even pushes towards a build at the end! I think there’s a problem, though. The ending never quite reaches that quiet rage, and the ending is a round as opposed to the big chorus. Like the Carpenters before them, The Beach Boys might be too pretty for a power ballad. 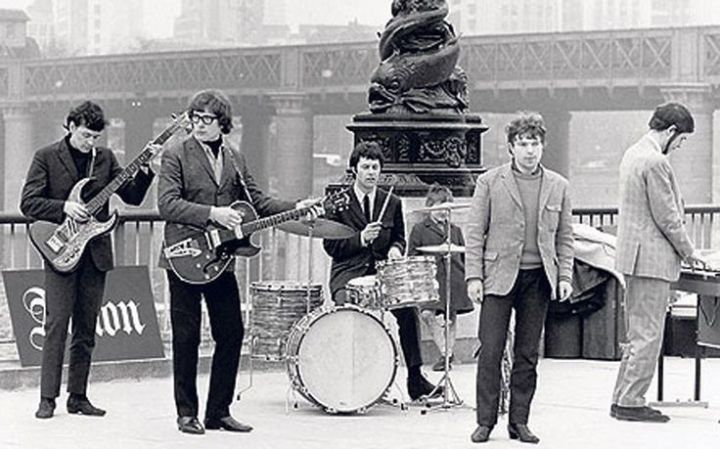 Them showing off some early wireless / amp-less music tech.

This track is from Them’s second album, blandly titled Them Again. While not a runaway success, the album did chart – peaking at #138 in the US – and it has all the key features. It’s a hell of a song with a powerful and frank vocal take. That’s it, close up shop and go home. We have a winner! Except wait, there’s a problem: it’s in 6/8, a compound duple meter. It’s still a duple, but inside the duple is the triple feeling. And in this song, the triple is very prominent.

“I’m sure if someone makes a movie of my life after I die, it’ll be with taste and restraint, as well as full cooperation of my estate. Anything else would be massively disrespectful of my contributions to popular music and society as a whole.”

Coincidentally, there’s another song on Them Again that would be a good fit for a power ballad. Except Nina Simone did it first and much more famously. However, I am not sure Nina’s version qualifies as a power ballad. It is an incredible, slinky vocal performance. The arrangement skulks along with her. It’s brooding and imposing, but it never lets go and just blows the doors down. The good news is that this, too, is a cover. And it’s hard to write a list like this without invoking some of the earliest and most influential voices in the formulation of rock music. 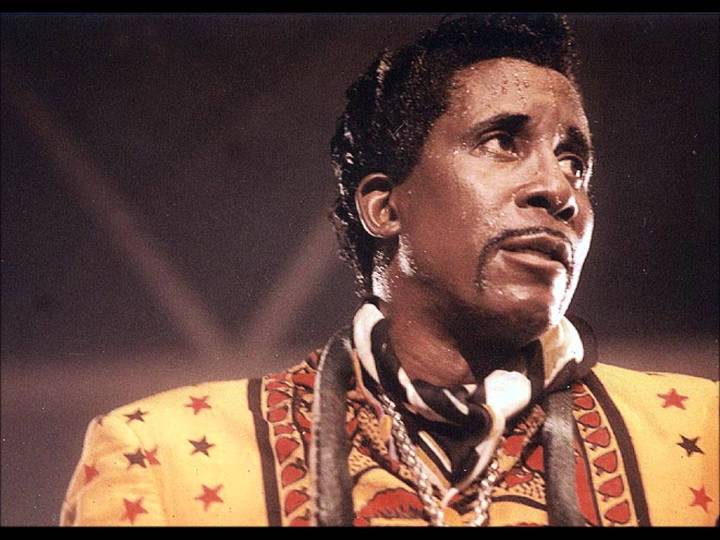 Screamin’ Jay Hawkins originally released the song a long while before Nina Simone made it a huge hit. It’s also in 6/8 metre, though the triple feel is less pronounced. Because 6/8 is a compound duple metre, there’s wiggle room. I’m going to give this one a pass because the triple-aspect of it isn’t as emphasized like in “How Long Baby.” Jay brings the power, but his bellicose performance takes away from the sing-along possibilities. Despite his over-the-top vocal take (in all its glory), the song still begs to be sung. Singing along with the recording is mandatory, however. So this doesn’t quite fit, but it’s awfully close!

Thanks to the state of race relations in the US in the mid 1950s, the song never charted despite its respectable sales. The sales alone speak to its popularity, however. All in all, I think this is the proto-power ballad. It doesn’t fit the mold quite right, but it fits the spirit perfectly. The granddaddy of them all. This is the holy grail!

So where does this leave us?

The goal was to find the first power ballad, and we’ve done that: Claude François wins with “Comme d’habitude” in 1968. But stopping there does a disservice to the antecedents of the power ballad. By relaxing the requirements just a little bit, it’s easy to see that the power ballad is a much older song form that is at least as old as Screamin’ Jay Hawkins’ “I Put A Spell On You” from 1956. It’s all too easy to forget that contributions earlier artists make to music, and doubly so when there’s complex issues at play like race relations.

Reflecting back on the two songs, the connections become more apparent: the raw emotion, the yearning, the anger, and the build of power. I’m not sure anyone has connected Claude François to Screamin’ Jay Hawkins before, but there you have it.