This post is based on a presentation I gave at the inaugural Indiana University Media School Graduate Student Conference.

About 10 or so years ago, it seemed like there was a new game in town: surround sound music! Of course, those of you old enough can recall that this isn’t the first time such a promise was made. But this time, by golly, it’s going to work! And if you believe that, then I have a 3D TV to sell you, too. But surround sound music seems like such a natural evolution, much like 3D TV. But time and again, surround sound music has failed to launch.

Back in my undergrad I took a course where, for one assignment, we had to produce a 5.1 mix of a project one of our peers has recorded. Even while explaining the assignment, the professor seemed doubtful about surround sound music really taking off and this being a relevant skill to build. Sure was fun to play with for the assignment, even if my mix was terrible.

As much as I try to avoid jargon, this post is going to have some. So, before I really dive in here, I’m going to hit you with some definitions:

Also, I think to contextualize my argument properly, I need to give a (painfully!) brief history of recorded music, too.

A diagram of the hydro-powered organ.

OK, now to the good stuff!

The Case Against Stereo

It’s kind of hard to imagine given its ubiquity and sort of obvious design, but stereo music was not met with resounding embrace. Perhaps most understandably, the public needed to be convinced that it was more than a mere gimmick. But even musical luminaries like Brian Wilson of the Beach Boys and Phil Spector of convicted murder and the famous “Wall of Sound” production aesthetic spoke out against stereo. Spector thought that stereo would take control away from the producer, and power away from his Wall of Sound. It was an issue of scale: the Wall of Sound didn’t seem to work in stereo.

Wilson’s concerns were similar, but more focused on feeling like stereo necessitated trusting the public to set up their stereo systems correctly. If the speakers weren’t placed right, the stereo image would be strange and the balance between the left and right sides of the music would be bizarre or at the least, transformative to the recording. To contrast with mono systems, you just need to plug it in and turn it on. There’s nothing to calibrate.

To make matters worse, when companies were pushing stereo, they needed to be able to sell stereo records to people. As such, lots of recordings that were designed for mono were reprocessed as stereo. Back to Spector’s concerns, these recordings were not conceptualized for stereo. Even on a well set up stereo system, it is ultimately a perversion of what it was meant to be. Even more damning is that audiences had mixed reactions to “stereoized” recordings.

It was only about 10 or 15 years after the initial foray into stereo music that surround sound first came to the consumer market in the form of quadraphonic sound: four speakers positioned around the perimeter with the listener in the middle. Just think about the physical reality of that for a moment! A few years ago a mono system could just be plunked down wherever convenient. No wires running every which way, sounded pretty good in a large portion of the room, and it was cheap. Then two speakers, but the sweet spot was still pretty large and the wires were limited to one side of the room at least. But then quad? This required an entire room to be dedicated to the listening of music, and you couldn’t stray too far from the sweet spot and have it still sound “good.” Wires would have to run the perimeter of the room, too. And the cost of four speakers and the specialized playback systems. Yes, systems. There were several competing quad formats that were not cross compatible. Yikes. Couple that with the quad-ized recordings and it was a bit of a mess.

All of that aside, there is a certain parity for the mono-to-stereo move and the stereo-to-surround move. But one worked and the other didn’t. Why?

Affordances of the Medium

Every medium is unique: Van Gogh’s Starry Night rendered in watercolor would be a different work because watercolor and oil do different things. The same thing applies to music formats: each has a unique set of strengths and weaknesses. Things tend to be most interesting, it seems to me, when artists leverage these affordances of the medium to create something that only works in that medium. The concerns about surround sound delivery are becoming less and less pronounced, thanks to modern surround emulations on headphones and even home theater soundbars can kind of fake surround sound. But where’s the music? 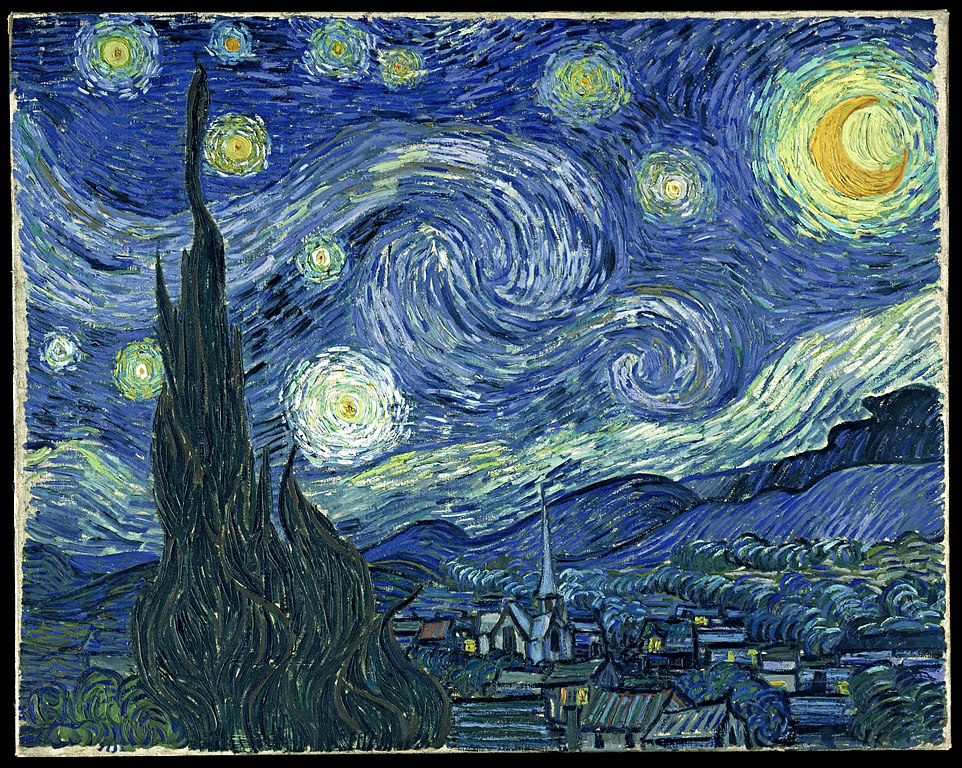 Starry night as painted by VanGogh

I think that it has to do, largely, with the fact that not many artists need (or want) a surround sound space to do their work. In the West, our music listening traditions are deeply rooted in musicians being collected together in one area and the audience paying attention to them. (It hasn’t always been this way, but it has been for a few hundred years for the most part.) With our two ears in any physical space, we will hear stereo sound. So between our cultural practices of music and our built-in stereo receiver, stereo music works nicely.

Let’s go back to Spector’s Wall of Sound. The Wall of Sound didn’t scale well to stereo because it was built upon the idea that adding multiple, multiple layers of a single part together, he could create an all-encompassing assault of music. Splitting this into stereo meant he would need to double what were already some of the largest, most complex recording sessions. It just couldn’t be done effectively. Now recall that surround is at least doubled yet again in terms of channels.

Ever listen to early stereo recordings? You might hear the drums all the way in the left, the bass all the way in the right, and so on. Maybe there would be extra reverb added to fill the space. It was a bit extreme, but it was a necessity. Those sources weren’t recorded to be stereo, so all they could do was put individually mono signals in different spaces in the mix. And by golly, if people are paying for stereo, let’s make sure they hear it! This was also due to limitations of early stereo recording consoles where panning (placing things in the stereo field) was reduced to “L-C-R:” a three way toggle for left, center, or right. But back to surround… what should go in those additional channels?

The answer to this question is similar to the answer for early stereo: grabbing elements from recordings conceptualized for stereo and distributing them across the additional channels. The result is an emaciated surround mix, spread thin around the room. Crucial pieces would be excised and hung out in periphery. Even worse, those sounds from aside or behind the listener have very different psychological meanings than sounds from in front of you. On a fundamental and animal level, sounds from sources that we can’t see are startling.

Other approaches were to take a stereo recording and make it sound like you were listening in an idealized listening environment. Some kind of emulation of a space. This is an interesting idea, but there’s no way to account for what the listener’s room already sounds like. Once more, this is ultimately noise. The signal is the music!

I don’t mean to universalize. There are some wonderful examples of surround sound music out there, but it’s very niche. And it’s because it necessitates the entire process of recording the music (if not the conceptualization of the music itself!) to be done, from the ground up, for surround sound. And it’s hard. It’s very, very hard to do because there is so little basis for comparison. Part of successful artistic endeavor is pushing against the boundaries of the possible. In surround sound, those boundaries are so much more distant than stereo or mono that it’s hard to even find them. It’s for these reasons that I think surround sound music will never leave the niche. If the content is good, people will make excuses to jump through the hurdles to listen to it.

Even though I’ve been dumping on surround sound music, I don’t want you to think that I dislike it or think it’s dumb. Far from it! It’s just hard to find examples of surround sound music that sound like they should be surround or that they are doing something that can only be done in surround. But those examples do exist, and I’d like to recommend one:

I recommend this one in particular because it’s a reasonably well known recording in its own right, but also because the stereo and surround versions allow for a compare and contrast: the ‘Lips didn’t just release a surround version of stereo mixes: they’re different versions of the songs with different elements and different vibes. The Flaming Lips have long played around with surround sound, so it only seems fitting that they knocked this one out of the park. And despite its age, it still sounds like the future – and that’s what surround sound is all about, right?